This weekend I was in the Wissahickon Valley Park (highly recommended) for a short hike. On the way back there was no choice but have a look at the place that surprisingly many people actually believed that I bought 2 1/2 years ago. 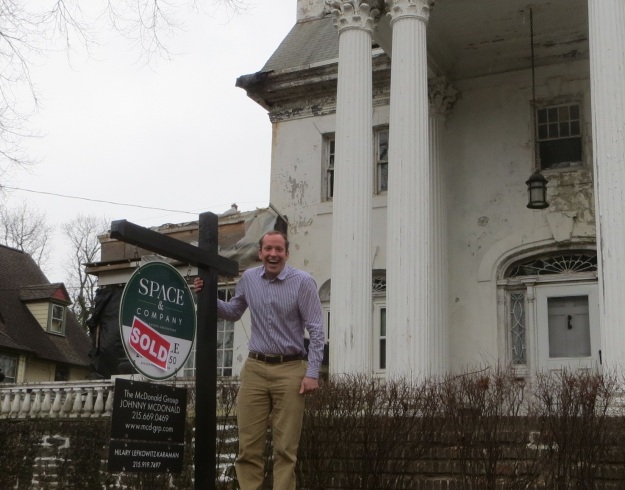 This house is in Pelham, a section of Mount Airy that was one of the first planned suburban residential developments in the country. There is a mixture of detached homes and twins but all of them are set back from the street like in a modern-day suburb, but with cooler houses than most. If you’re a little older than me and used to watch Thirtysomething, that show was set in Mount Airy.

Below, note the inappropriate replacement windows on the first floor. If I lived here, these would bother me much more than the windows with glass missing.

It’s pretty fancy for a colonial! Oh, and there might have been a little water damage here and there. (Photos with watermarks came from the MLS) 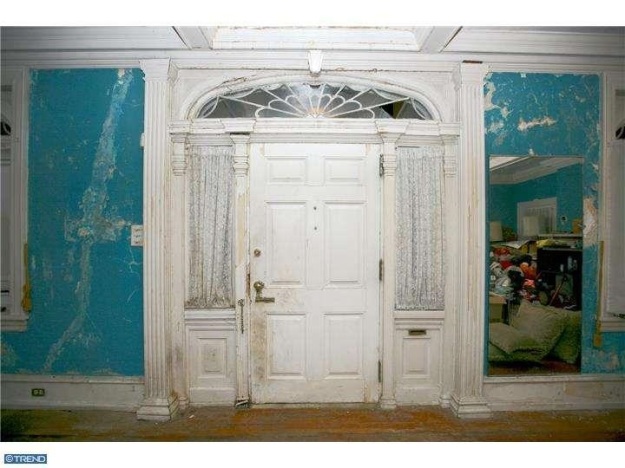 But how about today?

The stucco and pressed metal cornices are good as new! Looks like the original windows have been replaced, which is kind of sad. But it also looks like the replacement windows have been replaced, which was the most important thing in the world. But… I think I spot single panes of glass in the fanlights where there used to be really pretty patterned muntins. It doesn’t look like they cut corners with this place so I’m gonna assume that they had storm windows made and are using them to seal the house while the original sashes are out for restoration. I hope I’m assuming right. Also, how do I get to see inside?